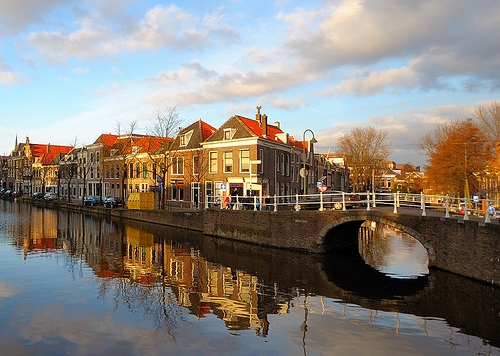 De Waag (The Scale) is a building behind the town hall on the west side of the Market. The front is crowned by a brick cornice. The rear of the building borders on the old Wijnhaven.

De Waag was probably only built after the fire of 1536. On the facade there is a keystone with the year 1770 on it. Until 1960, the Scales remained in use for large quantaties goods. Then the property was used as a theater. Since 1999, the building serves as Stadscafé De Waag. This café is the first café in the Netherlands that accepts Bitcoin it is said.