My name is John and I can be your Private Guide showing you why Delft and The Hague are Super for the Best Sightseeing in The Netherlands. 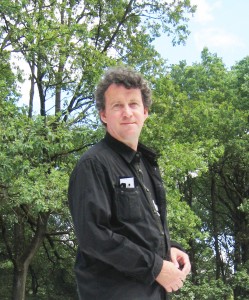 Check out the Tour reviews !!!

Walking at your own pace, rest and take in the atmosphere of Delft and The Hague wherever and whenever you want.

These special Historic and Cultural Cities should not be missed when you visit The Netherlands and our Guide ensures you see the best sights and hidden treasures when you Tour Delft and The Hague. We can even help you with a Tour in Amsterdam or Rotterdam too, if you would like.

Staying in Amsterdam? Less than 1 hour away and we meet you at the Delft Train Station. Why not combine it with a Tour of The Hague too ?!

Some History for when you Visit Delft:

Delft derives its name from the Dutch word ‘delven’ or digging, a trait common to most of
the low lands. Digging canals became a necessity for the people who were surrounded
by water. Canals were used to channel rain water away, the turf was used to raise the
land for tilling and planting, and they were a way to transport goods by boat.

Delft was granted citizenship in 1246 by the Earl William II and it would grow for the next
hundred years. In 1350 a major canal, the Schie, was constructed that connected
Rotterdam to The Hague via Delft. This was an important waterway and it also became
part of the defensive perimeter of the city.

By 1355 Delft had established its boundaries
and they would remain that way until the 19th century. The Oude Kerk
(Old Church) was started in 1250, the Nieuwe Kerk (New Church) in 1383. Except for two
major disasters (the great fire of 1536 and the explosion of the gun powder storage
building in 1654, both of which destroyed hundreds of home and people’s lives), the city
prospered. During the early years of the 17th century, Delft was a center of painting, arts,
crafts and science.

The Dutch East India Company, the large trading company with ships
going to the Indies, had established one of their offices and warehouses in Delft. Spices,
coffee, tea and Chinese porcelain now found their way to Delft.

The Royal Dutch family starting with William of Orange, the father of the
Netherlands, is important to Delft and The Hague and we suggest to visit the Prinsenhof and the Binnenhof.