The Old Church (Oude Kerk), nicknamed “Old John” (Oude Jan), is a Protestant church in the Gothic  style in the middle of the old city center of Delft. It has a landmark feature with its 75-meter-high brick tower that leans about 2 meters from the vertical. 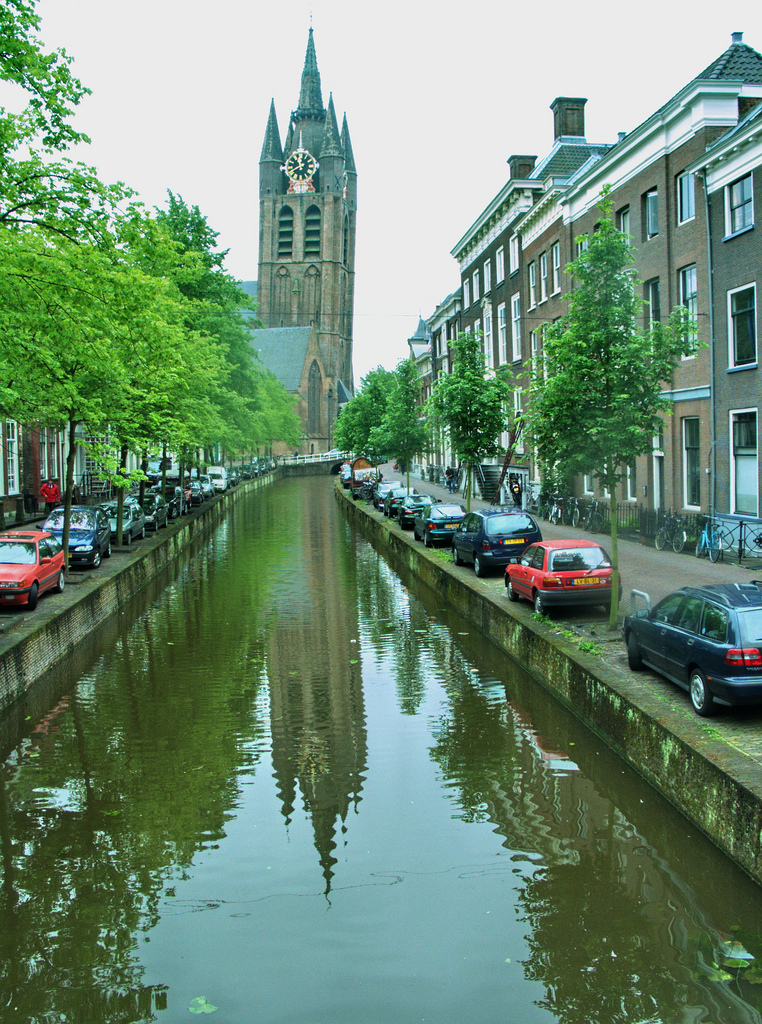 The Old Church was founded as St. Bartholomew’s Church the same year Delft got its Town Charter (1246). This site had previous churches dating back up to 2 centuries earlier!

When it was started the foundations weren’t strong enough to support it and the church began to lean. As building continued they tried to compensate its lean on each of the layers of the tower, however, today, only the 4 turrets at the top are truly vertical. It is believed that the course of the canal had to be moved slightly to make room for the tower, and so left an unstable foundation that has caused the tower to tilt.

The great Delft town fire (of 1536), weather, & the explosion of the town’s gunpowder store in 1654 has taken their toll on the church necessitating much repair work over the years. During the last major renovation, the tower turrets were rebuilt in a more vertical alignment than the leaning body below, giving the tower a slightly bent appearance. Todays stained-glass windows were designed and made by the master glazier Joep Nicolas in the mid-20th century.

Most famously, the grave of Johannes, Jan or Johan Vermeer (1632 – December 1675) that is inside the church, alon with many (in)famous Dutch Sea Captains can be visited for a small fee.