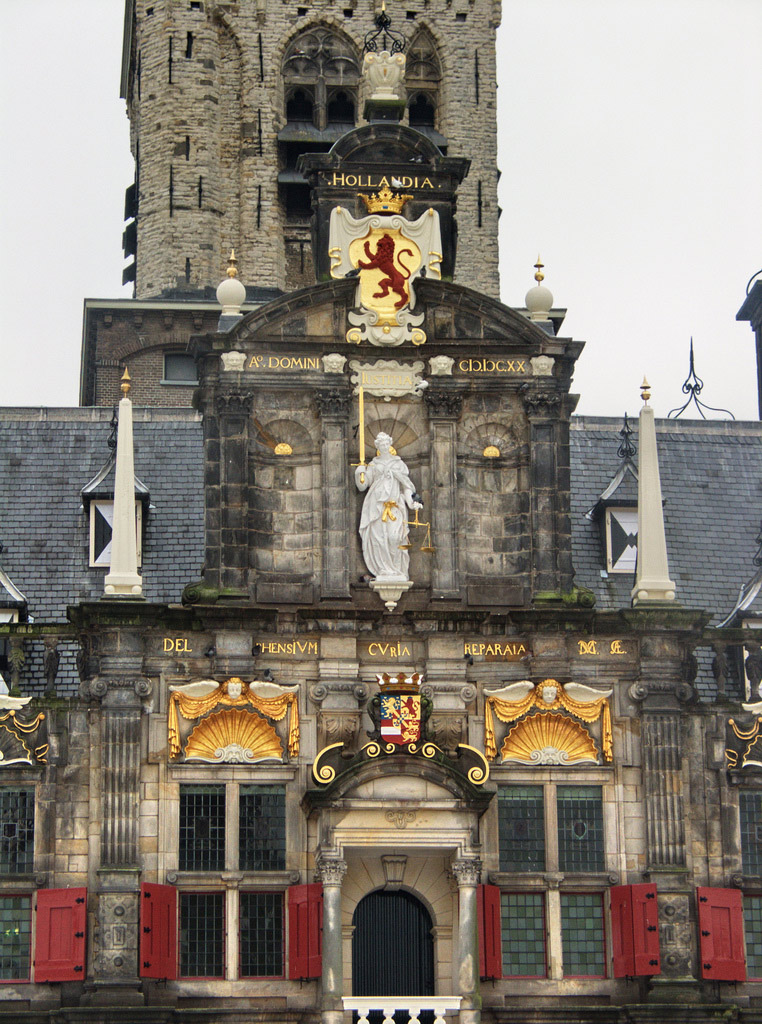 The old city hall burned in 1618, and since Hendrik de Keyser was working across the Market at the New Curch, he was asked to design a new one. Delft City Hall is a Renaissance style building on the Delft Marketplace across from the New Church. It is the former seat of the city’s government, and still today the place where residents hold their civic wedding ceremonies. Originally designed by the Dutch architect Hendrick de Keyser, it was heavily changed over the centuries and was restored in the 20th century to its Renaissance appearance.